Due to an increased amount of inquiries from a number of agencies regarding the Standards of Ethical Conduct for Executive Branch Employees (Standards of Conduct) and how it applies to personal social media usage, the Office of Government Ethics (OGE) released guidance laying out all of the do’s and don’ts for federal employees on social media.

In a world where people are attached to their phones 24/7 and updating their friends/followers on their day-to-day activities, it is important to have social media guidelines for those who represent the United States government.

The guidance touched on different areas such using social media for employment seeking to re-tweeting information on how to donate to a partisan contribution page. It also prohibits the disclosure of nonpublic information, and partaking in partisan political activities while on government time and/or government equipment, also known as the Hatch Act.

Many questions arose regarding the use of official titles on social media. The Standards of Conduct prohibits “employees from using their official titles, positions, or any authority associated with their public offices for private gain.”  It also requires employees to “avoid using their titles or positions in any manner that would create an appearance that the Government sanctions or endorses their activities.” However, a violation will not occur if an employee includes his or her official title in an employee’s “about” or section where one can post biographical information about oneself.

Violations will occur if an employee states that he or she is acting on behalf of the government. As well as if the employee “prominently features his or her agency’s name, seal, uniform or similar items on the employee’s social media account or in connection with specific social media activities”.

Employees are encouraged but are not required to post a disclaimer stating that their communications only reflect their personal view and do not represent the views of the US Government. 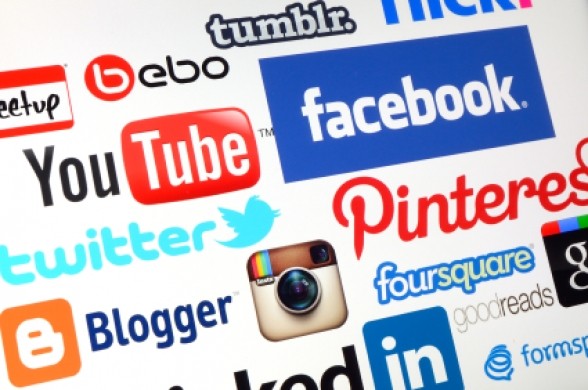